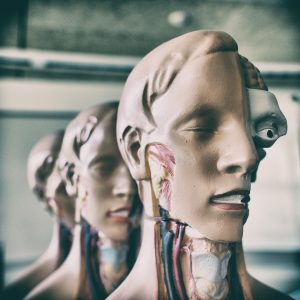 Thursday, March 14 was World kidney day. This effort was created to spread awareness about the importance of your kidneys. In honor of the day’s hype, a group of doctors, device and pharmaceutical makers and kidney specialists known as the Cardiovascular Coalition have teamed up to promote healthy vascular care.

There are around twenty-six million Americans who have Chronic kidney disease (CKD). Unfortunately, it’s one of the leading causes of death. Working kidneys are crucial to life. Doctors can tackle kidney failure with various medications and procedures, including dialysis, but nothing cures it. A kidney transplant is the only solution, but there aren’t enough kidneys for patients who need them. Kidneys and patients have to match up, so the more urgent cases don’t always get the first available organs. Even more, they don’t always last so long, which could put a patient back on the list for a second surgery.

Complications from kidney disease can lead to mortality in other ways. Research shows that people with CKD are more likely to develop Peripheral Artery Disease (PAD) than the rest of the population. Not only that, but they’re also not as likely to get the best care for PAD. There are around eighteen million Americans who suffer from PAD.

PAD is a condition where the arteries that bring blood to the lower body restrict. When these passageways narrow, blood moves slowly, and in severe cases, can’t get to its destination. This could lead to leg amputations, severely altering someone’s life, as well as increasing risk of death and driving up healthcare costs. About 2 million PAD sufferers have critical limb ischemia (CLI), a more serious version of the disease, which puts the patients at a greater risk for limb amputation.

Someone who deals with hypertension or diabetes is also at greater risk for both CKD and PAD. Getting it all under control can have a critical impact on the patient’s health and risks. People of African-American descent are at a disproportionately greater risk for developing CKD and PAD. Studies indicate that this population may have as much as three to four times higher PAD-associated amputation rates than the rest of the American population. However, data shows that more than half of PAD patients don’t even know they have the disease. But without being treated, the stats are not pretty – by six months, there’s a twenty percent mortality rate and a forty percent morbidity rate. By five years, there’s a seventy percent mortality rate, outdoing many common forms of cancer and coronary artery disease.

The Cardiovascular coalition works to increase awareness about vascular care. They are working together with the PAD Task Force to develop strategies for spreading information about healthy vascular care and promoting treatment that avoids the need for amputation.

Some of the possibilities for treating PAD and avoiding amputation are:

These are all important methods of cleaning out the vascular system. A person who takes these recommendations seriously and makes the necessary changes can avoid amputation and decrease the likelihood of PAD and mortality.

At Sinai Post Acute Care, we help patients coming from surrounding hospitals such as Newark Beth Israel and University hospital. Our short term rehab programs can help patients after surgery to recover and regain function, so they can go home to regular living.